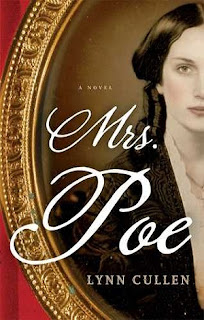 Mrs. Poe by Lynn Cullen
"A vivid and compelling novel about a woman who becomes entangled in an affair with Edgar Allan Poe—at the same time she becomes the unwilling confidante of his much-younger wife.
It is 1845, and Frances Osgood is desperately trying to make a living as a writer in New York; not an easy task for a woman—especially one with two children and a philandering portrait painter as her husband. As Frances tries to sell her work, she finds that editors are only interested in writing similar to that of the new renegade literary sensation Edgar Allan Poe, whose poem, “The Raven” has struck a public nerve.

She meets the handsome and mysterious Poe at a literary party, and the two have an immediate connection. Poe wants Frances to meet with his wife since she claims to be an admirer of her poems, and Frances is curious to see the woman whom Edgar married.

As Frances spends more and more time with the intriguing couple, her intense attraction for Edgar brings her into dangerous territory. And Mrs. Poe, who acts like an innocent child, is actually more manipulative and threatening than she appears. As Frances and Edgar’s passionate affair escalates, Frances must decide whether she can walk away before it’s too late...

Set amidst the fascinating world of New York’s literati, this smart and sexy novel offers a unique view into the life of one of history’s most unforgettable literary figures". 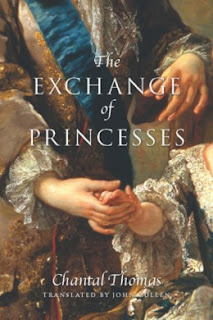 The Exchange of Princesses by Chantal Thomas
"Philippe d’Orléans, the regent of France, has a gangrenous heart–the result of a life of debauchery, alcohol, power, and flattery. One morning in 1721, he has a brilliant idea to further appease his thirst for power: he decides to marry eleven-year-old Louis the XV to the daughter of Philippe V of Spain, who is only four. This, Orléans hopes, will tie his kingdom to Spain’s. But it could also have a more duplicitous effect: were Louis XV to die without begetting an heir–the likeliness of which is greatly increased by having a child—Orléans himself would finally be king. In exchange, Orléans tosses his own daughter into the bargain, the 12-year-old Mlle de Montpensier, who will marry the Prince of Asturias, the inheritor of the Spanish throne.
The Spanish court enthusiastically agrees and arrangements are quickly made. The two nations trade their princesses in a grand ceremony in 1722, making bonds that should end the historical conflict between them. Of course, nothing turns out as expected. In a novel that reads like a fairy tale, Chantal Thomas chronicles a time in French history when children were not children, but pawns in an adult’s game". 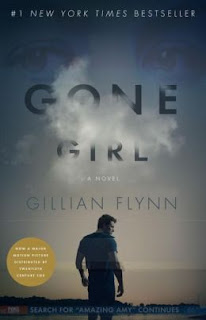 Gone Girl by Gillian Flynn
"On a warm summer morning in North Carthage, Missouri, it is Nick and Amy Dunne's fifth wedding anniversary. Presents are being wrapped and reservations are being made when Nick's clever and beautiful wife disappears from their rented McMansion on the Mississippi River. Husband-of-the-Year Nick isn't doing himself any favors with cringe-worthy daydreams about the slope and shape of his wife's head, but passages from Amy's diary reveal the alpha-girl perfectionist could have put anyone dangerously on edge. Under mounting pressure from the police and the media--as well as Amy's fiercely doting parents--the town golden boy parades an endless series of lies, deceits, and inappropriate behavior. Nick is oddly evasive, and he's definitely bitter--but is he really a killer? As the cops close in, every couple in town is soon wondering how well they know the one that they love. With his twin sister, Margo, at his side, Nick stands by his innocence. Trouble is, if Nick didn't do it, where is that beautiful wife? And what was in that silvery gift box hidden in the back of her bedroom closet"? 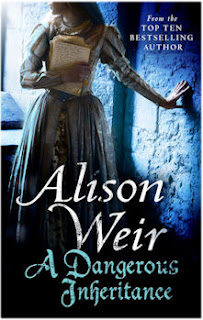 A Dangerous Inheritance by Alison Weir
"England's Tower of London was the terrifying last stop for generations of English political prisoners. A Dangerous Inheritance weaves together the lives and fates of four of its youngest and most blameless: Lady Katherine Grey, Lady Jane's younger sister; Kate Plantagenet, an English princess who lived nearly a century before her; and Edward and Richard, the boy princes imprisoned by their ruthless uncle, Richard III, never to be heard from again. Across the years, these four young royals shared the same small rooms in their dark prison, as all four shared the unfortunate role of being perceived as threats to the reigning monarch".