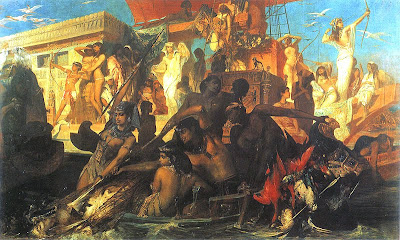 Cleopatra by Hans Makart May 28Th 1840 - October 3rd 1884, was a 19Th century Austrian academic history painter, designer, and decorator; most well known for his influence on Gustav Klimt and other Austrian artists, but in his own era considered an important artist himself and was a celebrity figure in the high culture of Vienna, attended with almost cult-liked adulation.