Catherine Delors on The King and the Emperor and Bonus Giveaway! 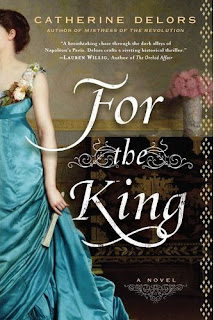 Please welcome author Catherine Delors back to Historically Obsessed with a re-post of her event guest post for historical fiction bloggers round table event which was back in 2010. HFRT featured Catherine's hard copy release of "For the King" last year and I enjoyed this one greatly. I figured it would be appropriate and fun to re-post this very cool post on the correspondence between Louis XVIII and Napoleon with an exciting giveaway. Catherine's lovely novel "For the King" will be hitting stores on July 5th 2011. With out further delay please take it away Catherine.


The King and the Emperor: Louis XVIII and Napoléon
CATHERINE DELORS
My novel is called FOR THE KING for a reason (for several reasons, in fact, but I will leave it to the reader to discover those.)

In 1800 France was still a republic, nominally run by three Consuls. For all intents and purposes, only the First Consul, Napoléon Bonaparte, mattered. He had seized power in a bloodless coup in the fall of 1799.

At first, royalists indulged in the hope that Bonaparte would step down and restore the monarchy. The pretender to the throne was a younger brother of the late Louis XVI, Louis-Stanislas. He was now known to his followers as Louis XVIII, to allow for the theoretical reign of the young Louis XVII, son of Louis XVI and Marie-Antoinette, who had died jailed at the Temple. 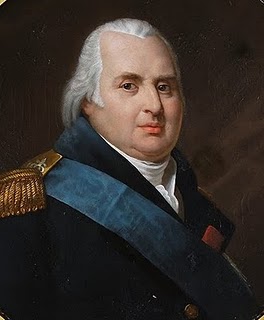 Louis XVIII
In 1800 Louis XVIII was 45. He had been friendly to reform in the beginnings of the French Revolution. But as it took a more radical turn, he had fled at the same time as the royal couple. Only he had succeeded in reaching Brussels when Louis XVI and Marie-Antoinette were arrested near the border.

Since then, Louis XVIII had lived the unhappy life of an exile, at the mercy of the varying generosity of foreign sovereigns and the vagaries of international politics. In 1800 he was living under the protection of the Tsar of Russia.

Louis XVIII was by all accounts, like his elder brother, a man of superior intelligence, but he was a far more astute politician than Louis XVI. He was patient, ambitious, cunning, and determined to step some day unto the throne of his ancestors.

This is what he wrote Napoléon in September of 1800:

General,
You must have long known that you have earned my esteem. If you ever doubted that I was able of gratitude, chose your own place, decide the fate of your friends.
As for my principles, I am a Frenchman: merciful by nature, I shall be all the more so by reason.


No, the victor of Lodi, Castiglione, Arcole, le conqueror of Italy and Egypt cannot prefer a vain fame to glory. However you are wasting precious time; we can ensure the peace of France. I say “we” because I need Bonaparte for that, and that he cannot do it without me.


General, Europe is watching you, glory awaits you, and I am impatient to restore peace to my people.
Keep in mind that Bonaparte had not yet given any indications that he planned to restore monarchy for his own benefit. He would only crown himself Emperor four years later. But he obviously thought the time had come to dash royalist illusions.

Here is his response to Louis XVIII:

Sir,
I received your letter. I thank you for the kind things you write about me. You must not wish for your return to France. You would have to step upon 500,000 corpses.


Sacrifice your interest to the peace and happiness of France; history will remember it to your credit.


I am not indifferent to your family’s misfortunes. I will be happy to contribute to the comfort and tranquility of your retreat.
Bonaparte

Bonaparte had dropped the mask! These letters, by the way, provide useful glimpses into the minds of the two men. Note how Louis XVIII flatters Bonaparte, and emphasizes cooperation, and how all but one of Bonaparte’s sentences begin with “I”. 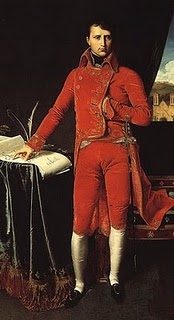 For More on Catherine Delors FOR THE KING check this out:
For the King, Amazon


Lets kick off this killer giveaway!
The giveaway is for two finished paperback copies so that mean two separate people will score a copy of "For the King". This one is only open to the US residents. Giveaway ends July 4th 2011 at midnight west coast time.
For 1 entry enter your name and email
For 2 entries be a follower and say so in the form
For 3 entries share this and add a real link.